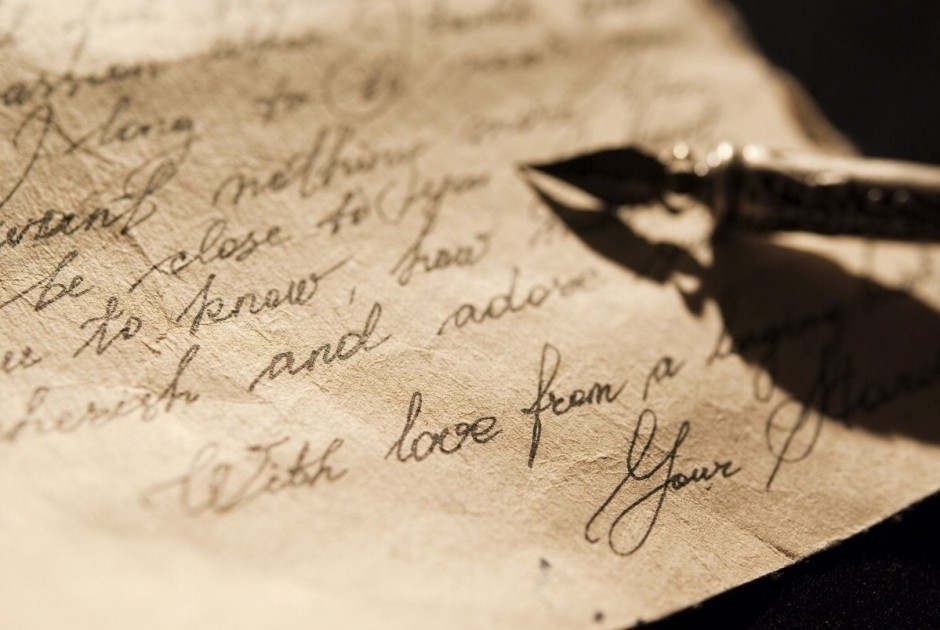 On the Solemnity of the

Annunciation of the Lord

​I wish you all every blessing on the feast day of the Annunciation of the Lord, in Him who became as the least in Mary’s womb nine months before His birth for our salvation. May His answer,“Behold, I come to do your will” and Mary’s, “Let it be done to me” to God’s calling become ours,as answers to our own vocation.

​I intend, with this letter, to develop further the themes of myprevious three letters to you.

​The first letter, written a year ago today, was a call to take on ourresponsibilities in performing our own duties (no. 1056 of the Constitutions).

​The second, written on 1st July, was a kind of echo of the last letter of Fr Founder, which contained his spiritual testament on brotherly love.

​The third letter, written at Christmas, dealt with the theme “to be of service”,in obedience to the signs of Divine Providence,and in the exercise of the three forms of charity, in the light of Pope Francis’s Exhortation.

​This fourth letter is also dated 25th March. It is an important date for us, because together with the mystery of the Incarnation of the Son of God in Mary’s womb, we celebrate Fr Founder’s Baptism in 1797 and the “official” birth of the Institute, when Rosmini and his brethrenmade their Vows on 25th March 1839 in Domodossola and in England (see Charitas, March 2013, pp. 40-46, where there is a minute by minute account, written by Fr Francesco Puecher).

​This year is the 175th Anniversary of the Institute, 1839-2014; let us look at the Institutecarefully, to behold the One who brought it into being, and to understand what it has to do: born from Charity for universal charity.

​It can be very useful to report a brief letter that deals with this matter, full of clarity about the vision of the end and the indications of the means for obtaining it. It is still full of the joy for the papal approval of the Institute and for the Vows made few months earlier.

​An abbot and his companions show an interest in wanting to jointhe Institute. Rosmini replies to their enquiries in a very concise but comprehensive manner. These are people who know well the general requirements of the religious life, and Rosmini offers them a most precise and clear outline of the Institute.

To the Abbot J. Le Boucheroy

​Right Reverend Abbot, I believe that my booklet on the Maxims(1) is sufficient for a clear understanding of the Institute, a completelyspiritual entity which has as its sole purpose the perfection of its members. The Institute requires from its Postulants: 1st universal charity; 2nd indifference to every place and work, as commanded by Superiors; 3rd perfect obedience. If you and your companions desire to join the Institute, it is necessary that you enter the Novitiate, which is presently at Sacro Monte Calvario of Domodossola. The one necessary condition for success is a total sacrifice of oneself to the Lord. No other country but the Church of Jesus Christ, no other love but love for neighbour in every nation in the same way, no other wish but the wish of Superiors, no other good but God and the perfection of the gospel virtues, through which we please God. It is from Divine Providence alone that we wait to be sent to the East rather than to the West, to the South rather than to the North; or indeed to be kept hidden in our contemplative houses to dedicate ourselves wholly to prayer and studying. We do not acknowledge any other interpreter of the Providence and Will of God but the Superior; and this we reckon as an indispensable tool for keeping harmony and for practising humility and abnegation. If it is the Lord who is calling you, do come and you will be welcome; and when you come, bring with you testimonials and references, to provide the Superior with information about yourselves. Please pray for me, and be assured that I am yours in the Lord.

​Dear Brethren, this brief outline is relevant today in all its dimensions, and binds all Rosminians. There cannot be anyone among us who does not agree with it. We are not perfect, but the desire for perfection ought to accompany us daily along these directives and no others.

​ It is important to highlight two main principles specified by Rosmini: universality and unity. The former is expressed in the first and second point above; the latter in the third. The whole is taken up and developed in the explanation which follows the list of the three above mentioned points.

​Universal Charity is spread widely on the wings of indifference to places and offices, without any limitation or boundary. In its turn, voluntary and agreed obedience by the religious generates that orderedunity in the realization of the three forms of charity.

​One could rightly say that to be a Christian is to be universal; so much so for Rosminians, given the importance Rosmini ascribes to this identification in Christ. To “put on Christ” means to be universal, free, brothers and sisters. The sacramental baptismal grafting in to the Church, His body, initiates a life like His, communicating the vital, Eucharistic lymph to us, like a vine to its branches which have been made fruitful by pruning. If Jesus has sheltered everyone in His heart by shedding His Blood, no one could remain in His love who excludes anyone from the heart of Jesus and from his own heart.

​This is the reason why the consecrated life in the Institute, through the “perfect sacrifice of oneself”, constitutes a special belongingwhich goes beyond our understanding, like the dimensions of the love of Christ.

​Rosmini, in fact, in his fourth sermon on charity, imitates St. Paul who, kneeling before the Father (Eph.3, 14), prayed that we may “know the love of Christ, which is beyond all knowledge, so that we may be filled with the utter fullness of God” (Eph. 3, 19).

​On the strength of this foundation, we may ask ourselves: how do we live this universal charity as one body today?

​It is right to think that the Institute is still capable of responding to the expectations of Divine Providence as outlined by Rosmini;otherwise God would have cut it down instead of pruning and nurturing it.

​Our confidence does not come from numbers, since we are few, or from financial resources. It comes solely from practising the values and virtues which Rosmini mentioned to the Abbott. This is where we discover the end, the means, the order, the efficacy, the energy, and the harmony for the realization of the Institute. Do we have Rosminians willing to live their life according to these principles?

​My three visits to the Provinces of India, Gentili, and East Africa have given me signs that we are not right to give up hope. I am sure we can say the same for the brethren in other areas of the Institute. It is possible to maintain growth in fulfilling the requirements of our Rosminian religious life. Many of us, including the young religious, have the will to persevere in re-kindling the vigour of our commitment to becoming holy, to consecration, and to the service of the Lord in charity.

​This conviction has been strengthened during our recent meeting of the Curia and the Provincials, from 10th to 15th of March, at Isola di Capo Rizzuto. There was a strong united concern to overcome the challenges, as they say today, or the difficulties of our present world. The visit to the various activities of the Parish at Isola confirmed the validity of the Rosminian charism today.

​The three modes of universal charity, closely connected to each other and the first two (temporal and intellectual) subordinated to the third (spiritual), allow each of us to be united even when we are engaged in different works of charity and in areas which are far from each other.

​The results of the meetings, that dealt with the works of the Institute and their future prospects, will be made available to you through a written Communication, which will also contain some recommendations.

There will be a brief description of the fundamental principles which have been mentioned above, and which will allow us to move forward, leading us to offer to the Lord the joyful and “perfect sacrifice” of ourselves.

​I wish to end this letter by urging all of us to foster thecommunity dimension of charity. The example of Pope Francis, who lives a simple community life, whenever he can, at the House of St. Martha is most telling!

​What is amazing is that it is not a new thing! It was Rosmini’s dream… for the Institute,whenever it is called to take charge of the pastoral care of a Parish.

​Rosmini mentions St. Gregory as an example: “The great Pope St. Gregory understood so well this conjunction [between the pastoral life and the religious life], that, even when he became Pope, he conjoined in his palace the pastoral and the religious life, by keeping a group of monks with whom he shared a community life, as much as he was permitted by his many great commitments. ‘This fact alone’, wrote a holy and learned French writer, who had a chance of reflecting in depth on the discipline of the Church, ‘would have been sufficient to reform the discipline in all the churches of the world, if it had been followed by a sufficient numbers of imitators’” [Tomassin] (See “The second description of the Institute of Charity in its social order”, no. 47, Charitas, august 2013, p. 186)

​The renewal of the Church has often been fostered by religious. Pope Francis, a religious, reinforces our conviction that we have an important mission. In view of the Year dedicated to the Consecrated Life,let us feel the special call to respond to the expectations of God and of the Church. May Mary, our “captain”, be our guide.

Father General of the Institute of Charity